So someone asked me last week about how I came up with some of the monsters and stuff for Other Sleep. I kind of realized that, in some small way, they’re at the very least a kind of extension of some work I did last year.

I had to come up with a body of work for my senior exhibition at ETSU, 5-10 pieces or so. I decided on a series of illustrations which loosely kind of had a narrative, and I called it Embrace Infection. The whole idea was that these two people were infected by an extraterrestrial virus, and most of the pieces were just illustrating the transformations taking place in both of them. Of course, the big inspiration behind the series was David Cronenberg, who I’ve already written about on here once. I think in my presentation that I had to give on it, I also mentioned Moebius, Jack Kirby, photographs of skin diseases from the early 1900’s, and some other stuff.

…Huh, some of that looks familiar, doesn’t it?

So yeah, I guess this is where some of the visual foundations for Other Sleep were developed. I think the first draft and designs of the story were coming to me as I was putting everything together for the show itself, so there is some overlap, absolutely. I thought about turning the show into a fully-formed comic at some point, and at the beginning of this year even considered doing a kind of sequel, but it’s not meant to be. Not yet at least. Other Sleep took over, and so I just carried the leftover ideas into it. 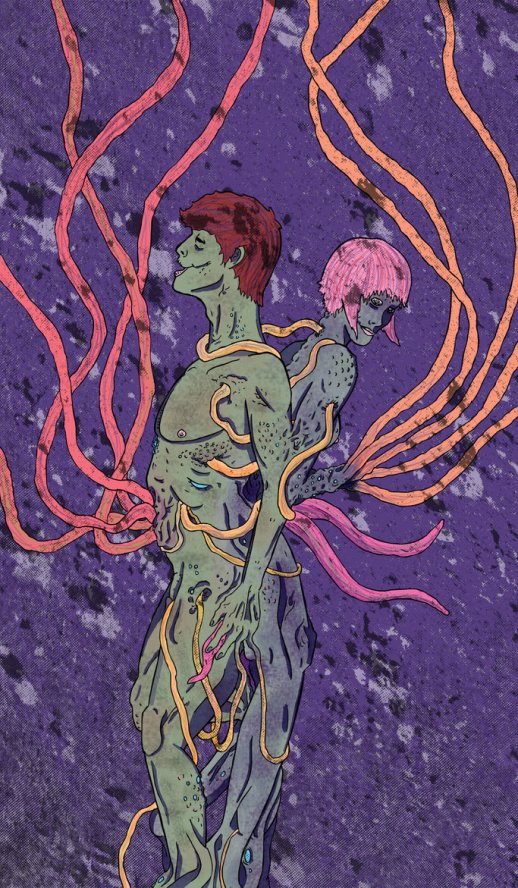 You can check out all of the pieces here on my website. I was so damn proud of it when I had it hanging up in the gallery, and our reception went really well. Now, some of the pieces are just a bit difficult to look at, but you can absolutely see some sort of logical progression between these pieces and the imagery of Other Sleep, yeah?