So uh, wow, I haven’t posted here for a while. Again. Sorry about that.

I’ve finally dug my heels in and started putting in colossal work on chapter 4. I still don’t think it’ll be done before the end of this month, but there’s always hope! I’ve changed my work methods up a little bit for the sake of speed and efficiency. I’m now drawing just a tad smaller now than I was before. Here’s a visual example to give you an idea. The page from chapter 3 on the left is marginally larger: 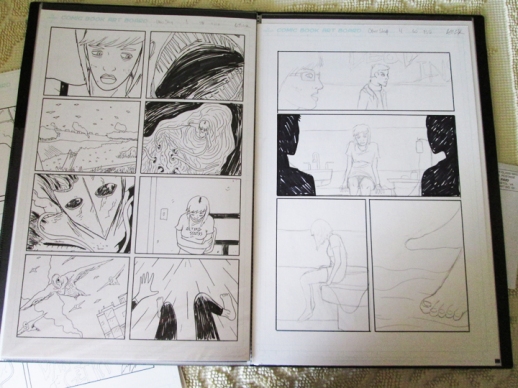 I’m honestly not too sure HOW much time it saves, but it feels like I’m moving quicker. You’ll maybe be able to see a little bit of a difference in the outside gutters/margins between the new pages and old ones, but it shouldn’t be that big of a deal.

On top of that, I’m working in a way that I picked up from talking to badass BPRD/Conan artist James Harren at HeroesCon. He pencils quickly and loosely. He doesn’t start inking until the whole issue is penciled, and he told me it only takes him…I can’t remember if he said one week or two to do the 20 pages. When he inks, he does the harder and more boring stuff first, the stuff he has no real desire to ink, so he can get it done quickly and move on to the good stuff.

Now I’m not doing it quite like that, I’m just penciling maybe three or four pages at a time then attacking them with ink. Still though, it is really satisfying to be able to quickly draw multiple pages in a day and get a good look at them before you begin inking, rather than just fully doing one page at a time. And I’m getting better with the pencils, where I don’t have to take the time drawing every little detail, I’m now confident enough that I can just straight on ink certain things without relying on pencils. Cuts down on erasing, too.

If I had blue pencils, I would hardly have to erase at all. I need to get my hands on some…

…Anyways, yeah, chapter 4 is well on its way. Burst Reach 2 is finished and printed, and I’ll be wrapping up and printing my collection of comic strips from the East Tennessean later this week. Then I can just work solely on Other Sleep until Rob-Con, which is next weekend!

Which reminds me, I have something else to talk about, but I’ll save that for later. I promise I’ll write again later this week, please don’t abandon me!

Here, as an added incentive, here’s the (mostly) finished cover to chapter 4: 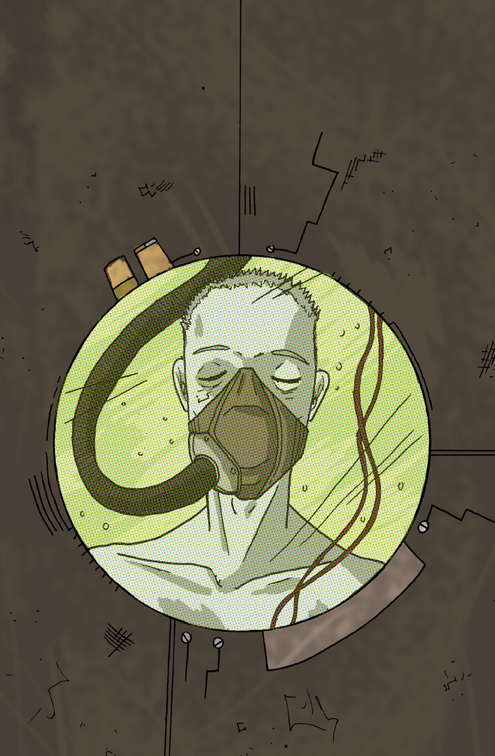